Record year for regional helicopter rescue: in the 12 months of 2015, helicopters were deployed to carry out 2.138 rescues, 14% more than in 2014. This is the highest number of interventions in 15 years, that is, since the year the service was established. In addition, 82% of the interventions were performed at the scene of the event speeding up rescue operations and this underscores an increasingly appropriate use of helicopters by 118. Secondary transports, that is, transfers of patients from hospital to hospital by helicopter are contained to 18 percent of the total.

Also on the rise are night missions, which have increased by 35%, as well as those in the islands, which show a positive sign of 15% at the end of the year. Secondary transports, or transfers of patients from hospital to hospital by helicopter, were contained to 18 percent of the total

The 2015 budget certifies that the strengthening of helicopter rescue at the service of the emergency network envisaged by the regional planning acts has produced very positive results and the creation of a system capable of guaranteeing effective and timely interventions in an increasingly articulated manner and over 24 hours throughout the Lazio territory.

Since December, the Latina base has been active, even during night hours, joining the Rome base, while the Viterbo base will also be working 24 hours in a few days. Meanwhile, all hospitals in the provinces now have an active layby 365 days a year day and night: in recent days the one at Viterbo hospital was activated, filling a gap that had been dragging on for years. A few days earlier it was the turn of the Frosinone hospital to have a 24-hour helicopter base at the Moscardini military airport. The Formia and Acquapendente bases were also activated.

Only Latina is missing, whose work on upgrading the existing pitch will be completed soon.

In particular, the Rome base carried out 903 interventions, of which 201 were at night and 31 on the Pontine islands. The Viterbo base, on the other hand, totaled 535 missions, 34 of which were by winch to recover wounded in particularly hostile areas. Finally, Latina: here the helicopter has performed 700 interventions including 11 at night and 48 in the islands.

“The fact that all the numbers related to regional helicopter activity are positive – comments Lazio Region President Nicola Zingaretti – is good news. For this I thank, first and foremost, the 118 operators, doctors and nurses and the pilots of the helicopters who do their utmost every day to bring timely rescue to the accident sites. They do valuable work.

These numbers, however, also say that the work done in recent months has been productive by creating a network of bases that allows greater operability of the helicopters to the benefit of citizens.”.

Alcohol and drugs in adolescence cause psychiatric pathologies The World Health Organization estimates that between 10 and 20 percent of adolescents worldwide suffer from mental disorders, with the onset of 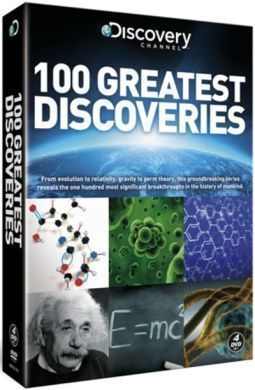 Life-saving discoveries There are many aspects of daily life that we take for granted, especially the impact that science, innovation, and discovery have had and continue to have on our