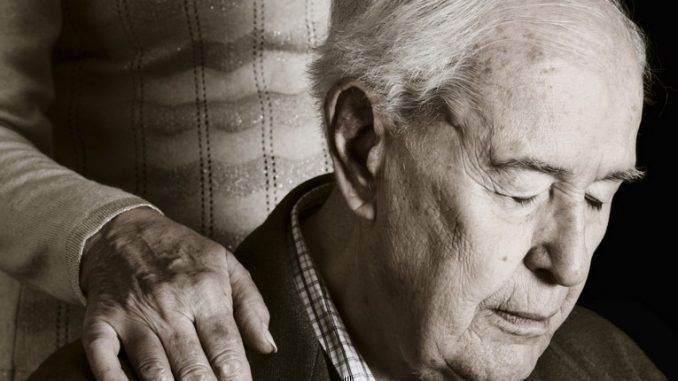 Alzheimer&#8217s steps forward in the last year, in 2018 focus on prevention

Many scientific breakthroughs in the fight against Alzheimer”s were made in 2017, all directed at prevention of this disease that now affects 47 million people that will become 135 million in 2050. In Italy, there are 1.2 million dementias of which 800 thousand are Alzheimer’s.
On diseases related to the aging brain, such as Dementia and Alzheimer’s, which are rapidly increasing worldwide in 2017 scientific news was announced and new studies published planned as early as the new year to anticipate the disease with prevention.

One carried out at the National Research Council, on the Train the Brain protocol to keep the brain exercised and fight aging and disease, designed by Prof. Lamberto Maffei, which yielded positive results in 80 percent of treated subjects, identified among at-risk people who had not yet fallen into the disease. The Train the Brain protocol, active at the CNR Institute of Neuroscience is applied by the IGEA Onlus Foundation (www.foundationiega.it) in collaboration with Sapienza University of Rome to make it available to all people who may need it.

A second study, by the Lancet Commission on Dementia, identified disease risk factors to avoid in order to protect yourself. In addition, the Ministry of Health‘s Interceptor project for early diagnosis starting at age 50 has started, and the POINTER project to counter and prevent the disease has been announced in the U.S. Also in 2017, the problem of the worrying growth of neurodegenerative diseases worldwide was addressed at two summits at the international level: the first of the Heads of State and Government gathered in May in Italy for the G7, and the second in November in Milan where Health Ministers met in a summit preceded by a conference on aging organized by the Carlo Besta Institute of Neurological Research.

Train the brain, the gym of the mind

The Train the Brain study (the Gymnasium of the Mind) was published by Scientific Reports of the “Nature” group in January 2017, later, in July 2017, the “Lancet” study was published. Both studies, which are nonpharmacological, have shown that performing exercises at any age to keep the mind active, doing regular physical activity and keeping correct lifestyles are important protective factors against Alzheimer’s dementia. The two studies support the need for prevention on this insidious disease, which is silent, initially symptomless, those who are sick do not know it.

The disease works slowly for 15 – 20 years progressively destroying neurons, the brain compensates with surviving neurons for the lack of affected ones, which is why there are no signs but the disease continues in the dark until the neuronal make-up is devastated and then symptoms appear when there is no possibility of defense.

The Ministry of Health’s Interceptor project, carried out with AIFA (Italian Drug Agency) and Policlinico Gemelli, on the other hand, is aimed at early diagnosis and wants to intercept people at risk of falling into the disease through screening based on neuropsychological tests and biomarkers. A portion of the population considered to be at risk, aged 50 to 85, will be examined to get an estimate of how many future sufferers may need the new medicines if and when they become available.

Reducing the risk by 35 percent

In the Lancet Commission on Dementia publication, it was estimated that we can reduce by
35% the risk of falling into dementia by adopting, at any age, correct lifestyles that can
Counter risk factors, which Lancet identifies in nine categories. These include precisely
physical inactivity and low mental activity. Other risk factors listed by Lancet include: a
low level of education, social isolation, obesity, sedentary lifestyle, some diseases if neglected
such as diabetes, hypertension, and depression. Also important risk factors are smoking, alcohol, the
poor or excessive nutrition. Controlling these risk factors in our behaviors
daily constitutes a form of prevention that can ensure a healthier continuation of life
at an advanced age.

These factors that account for 35 percent of the risk can be controlled and changed in our daily behaviors, starting at any age. Certainly the earlier we start the better. The remaining 65% of risk factors, the main one being increasing age, are not modifiable, making it even more important to act sooner rather than later on the factors we can control. Lancet Commission recommends doing preventive interventions, making early diagnoses, monitoring symptoms and cognitive status.

From the United States the Pointer project

The U.S., in July, at the Alzheimer’s Association International Conference in London, have
announced The POINTER (PrOtect through a lifestyle INTErvention to Reduce risk) project, which follows the
prevention strategy such as the Tran the Brain study, providing for multidimensional interventions of
protection against the disease by acting on lifestyles and cognitive stimulation in individuals not
Still falling into overt pathology. POINTER plans a $20 million investment to
carry out tests and cognitive stimulation activities on 2.500 adults assessed to be at risk of decline
cognitive.

The brain is an organ like any other, with stress it can lose vibrancy and over time it ages. For
Keeping mental abilities active and counteracting aging and brain diseases must be done
exercise, training the brain, just as one does by going to the gym to exercise the. With gymnastics i
our muscles remain more functional, more toned, and disease is warded off. The same thing happens with the
brain. The Train the Brain protocol, applied by the non-profit IGEA Foundation, is precisely the “Gymnasium of the
mind” to help the brain, which also needs monitoring and prevention, as we are used to
do by going to the cardiologist, ophthalmologist or orthopedist, but we never or almost never go to the
neurologist to check in.

Unfortunately, there is still no medication

Despite the efforts of the scientific community and pharmaceutical industries so far it has not been possible
Finding a drug that can fight Alzheimer’s disease. There are currently 50 drugs in
experimenting on sufferers. At the health ministers’ summits, it was noted that the drugs so far
have not yielded results, are very expensive, can only alleviate symptoms for a few months, then
They are addictive and can sometimes give heavy side effects. Drug research so far
carried out by experimenting on subjects already with full-blown disease, they are changing their strategy and will
go targeting at-risk individuals, or those with mild or moderate symptoms. So also the industry
pharmaceutical is abandoning the idea that it can treat people who are already sick and is turning to the
pharmacological prevention, to be applied on those at risk, to be detected by early detection,
Before they are affected by the disease in the severe form. 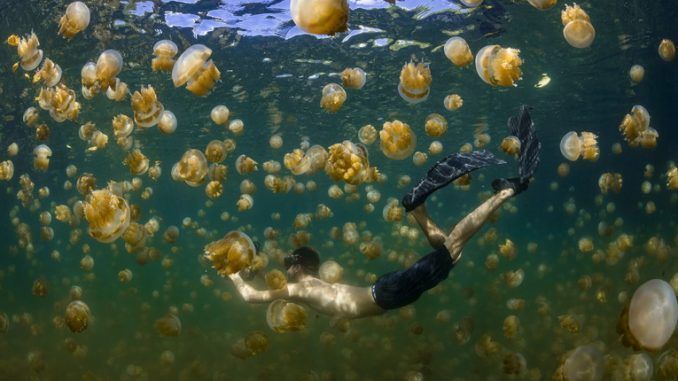 Jellyfish, what to do if you are stung La jellyfish sting is a skin reaction that arises after accidental contact with the tentacles of this marine organism. The sting is

ANGUILLARA – ARSENIC: A SHIPLOAD OF …FINES IS ON ITS WAY L’Europe set the Dec. 31, 2012 as the deadline to bring aqueducts into compliance with the now unfortunately famous